This July, I took a group of students to picturesque Brookfield Illinois to experiment with and discover the true potential of small shoe mount flash units. The goal was to split up and emulate techniques of O. Winston Link in a modern fashion.

While everyone did a great job two groups in particular really rose to the challenge. 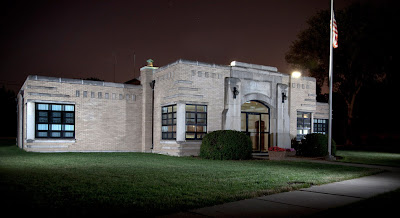 The same group ‘painted with light’ the newly installed footbridge in the same fashion for this image. 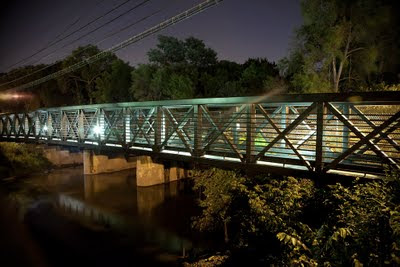 A rather boring cinder block train station replaced it. The group chose to shoot the historic Grossdale station where it stands and composite it back to where it originally stood. Using several historic images the location was determined and exposures were made at each site.

To photograph the Grossdale station the group used a combination of existing, or practical fixtures and several well-placed strobes to define the front of the building after it was removed from the background. The roof was a dusk exposure that was adjusted in Photoshop to match the exposure. 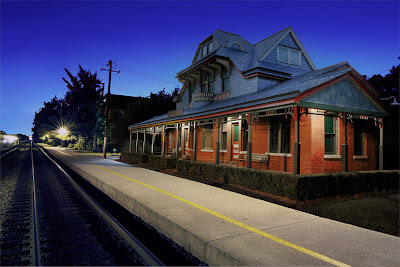 The final result was a 30x40 print that was fantastic!