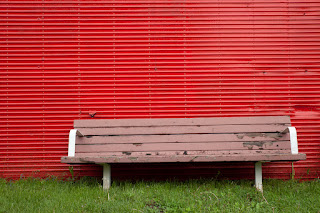 As a die hard Canon fanatic this is a bit tough to write.  For quite some time my normal working set up was two 5D MKII's, one fitted with a 24-70 L and the other with the remarkable new version of the 70-200 f/2.8 II.  This lens is hands down the sharpest lens I’ve ever used on a digital camera body.  This includes the wide array of Mamiya lenses we have in the cage for the students and faculty at the school.

While shooting Chicago Ideas Week last fall, I used the new 70-200 for some formal portraits and I actually ended up softening them just a tad before delivering them as the level of detail is incredible and to be perfectly honest a bit rude!  You can click here to see some of these images.

When Canon announced a replacement for the 24-70 f/2.8 L, I quickly got my ducks in a row as I wanted to be first in line for a full range ‘normal’ zoom on the same level as the new version of the 70-200 in sharpness, contrast and focus speed.  I even sold off my 24-70 and one of my 5D MKII camera bodies before the official announcement of the new zoom and the MKIII.

And right after the announcement, came the price…..

Keep in mind I have an amazing wife (married 18 years yesterday!) two kids, a house and am already driving a 17 year old Saturn…there was no way I would be able to swing the $2300.00 price tag.  I was encouraged a couple weeks prior to Canons announcement when Tamron announced they would be replacing the widely popular (and honestly quite sharp, especially for the price tag) 28-75mm f/2.8.  The replacement would be a 24-70, boast a constant f/2.8 aperture and VC, something that Canon and Nikon have not been able to provide in this focal length and speed at any cost.

My lens came a couple weeks ago and I have to say I am quite impressed.  While this isn't a technical review, DxOmark and Lensrental.com already do a fantastic job reviewing, I'm hoping to give some valuable insight from several shoots.  I have been toting the lens with my on everything from formal shoots to trips to the grocery store and here are my thoughts. 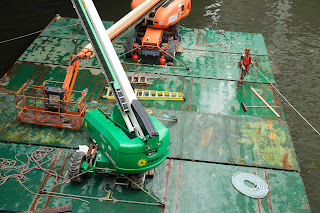 1) The damn focus and zoom rings are both reversed in placement and direction. Thanks Tamron!  At times I feel like I'm getting seasick!  It is getting better but it's tough to go between two lenses if I'm shooting at an event.

2) The zoom ring (once it is going in the right direction) is stiff, but not unusable and I probably wouldn't mention it, except everyone who plays with it has said something about it so I thought I better.

3) The 82mm filter ring - I know, I know, the more glass the merrier -  but it sure would have been nice for my big 'ole 77mm multicoated B+W polarizer to work on this lens.  The 82mm B+W is more then my Saturn is worth, so I think I'm going to have to rely on post production for this one.
Honestly, this is all the bad news, not a whole lot.  With the exception of Zeiss, I have not been a fan of third party lenses much, but this one is an exception.  The build quality, while not quite up to that of the 24-70 f/2.8 Canon, is remarkable robust and solid.  I would not think twice about throwing it over my shoulder for a week or two, in and out of cars, and even to the grocery store and dry cleaners.  The shade fits on tightly and is not prone to knocking off, although it could stand to be a tad deeper just for physical protection for the massive front element. 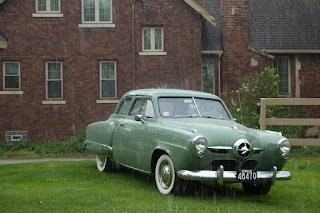 Another improvement over the original Canon version is the weather sealing, I've never thought it was that much of a necessity but dust itself is such a killer in this digital world that an extra tight seal is welcomed.  If you check out my test photos, it is very handy for a sudden and unexpected downpour as well.

While all of this is important, it is how the lens looks that justifies its price tag. Using my original Canon 24-70 as a benchmark, this lens is an improvement.  There is some chromatic aberration mostly in high key/high contrast, it is managable in Lightroom though.  At the wide end they seem to be closely matched to the Canon version but the long end is where I was always looking for an improvement and the Tamron really delivers.  Sharp and contrasty through the entire range, solid f/2.8 is nice and and VR is a welcomed addition.

I just got back from a week in Paris (France...not Paris IL) and I took this lens, my G1x and a half frame Canon Demi, look for more images and thoughts about this lens soon. 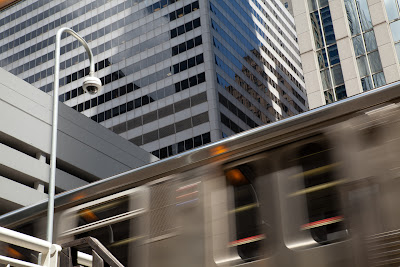 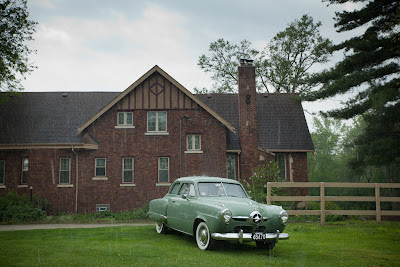 *I should mention that all these images are pretty much straight out of the camera, shot raw and exported from Lightroom as a sRGB jpeg, click on the image to see it larger.