Another use for gaffers tape?

About a year ago photographer, educator and friend Will Crockett did a presentation at Harrington called Getting It Right In Camera.  He took the students through a workflow that yields spot-on color even in tricky situations.
He was using my favorite grey balance tool at the time (and still is) the Lastolite EZBalance.  I show several different sized of these in Lighting for Dummies along with various other grey cards and Gretag Macbeth ColorChecker Gray Scale charts.
All of which work great, just get one and use it EVERY TIME, the time you spend on location or in the studio performing the custom white balance will be repaid TEN FOLD when you get back to your computer.
In an earlier post, I mentioned how I was going broke shooting 35mm film again waiting for my NEX-7 to be shipped from its new Japanese plant after the flooding in Thailand wiped out the Sony plant that was slated to produce the NEX-7.  With the holidays swooping in with full force, I thought to myself, if it's not going to be better then my 5dmkII's it's not worth it.  Couple this with the generosity of my brother for sending a G11 which had been sidelined for some time and I decided to pass on the NEX-7, I've always enjoyed shooting with the G's and am glad to be shooting with one again. 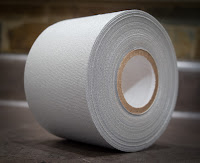 Now I told you all this, so you can share in my geeky amazement at tonight's discovery. For some time now I have been wanting to test something and tonight I finally did it and it worked swimmingly.  Remember the iron-clad Lowel gaffers tape that comes in their lighting kits and a la-carte?  I was thinking that that had a roughish texture that would not reflect light and seemed pretty void of color.  Why wouldn't it work as a consistent neutral point to color balance with afterwards?  Ironically, I went one step cheaper and got the cheapest of the cheap no-name grey gaffers tape for my test.

So the package from B&H arrived just before a Boy Scout event at school.  I've shot in the school gym what feels like a hundred times and with it's blended lights (sodium/mercury/florescent) and light blue walls,  it has always been a challenge w/o performing a custom white balance.
It was just a social event and I really didn't want to bring a Lastolite with the G11 just for a couple of snapshots, so I discreetly put a square of my new roll of gaffers tape on my jeans leg and off I went.  I was planning on shooting a picture of the tape and sampling it in Lightroom once I got home.  As I sat eating pizza I realized just filling the frame would even save me a couple clicks when I got home. Perfection in a room that ALWAYS required a good amount of post production to make livable.
So now a regular part of my location kit (and yours too) will be cheap grey tape in addition to the small black rolls I normally carry.  A small dab of tape on the inside of my shoe may be just the thing so I have an easy and consistent neutral source in every situation.
Posted by Dirk Fletcher at 11:24 PM